The former Middlesbrough boss has shown loyalty to a number of players during his two and a half year reign, but 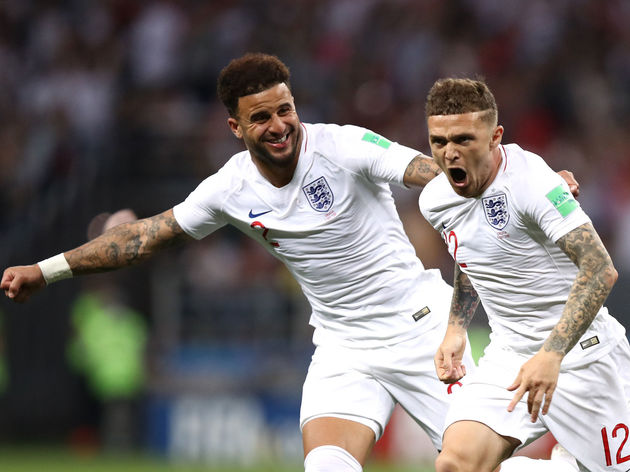 Kieran Trippier and Kyle Walker have excelled at times in Southgate's flexible tactical system, and his perseverance with Ross Barkley

But while his decisiveness in sticking with those players has been fruitful, it does inevitably mean that players who are perhaps deserving a call-up to the squad are yet to be given a regular opportunity to shine. Yes, Tomori did play in England's last international - the Three Lions' final qualification game against Kosovo - but that appearance was a 12 minute cameo at right-back, when he was playing regularly at Chelsea

Injuries have taken their toll recently, though, and he's been unable to force his way back into the side. He does possess plenty of pace, but not playing so often at club level is likely to hinder his chances of partnering Harry Maguire.

That said, he's worth keeping eyes on for the remainder of the season. England fans have an exaggerated obsession for playing whoever is youngest. In that respect, Ben Foster is exceedingly unlikely to ever play for England again.

It doesn’t mean he shouldn’t though, quite the opposite. Foster has put in some jaw-dropping displays for ​Watford since re-joining the club in 2018. An expert in dealing with powerful shots, especially from close range, Foster is high up on the list of ​Premier League goalkeepers with the most clean sheets this season. Nine of those puts him three above current England No 1 ​Jordan Pickford at ​Everton.

He’s also got one World Cup clean sheet from one attempt. Pickford has one from seven. You do the maths. People have been tipping Burnley's ​he's

In March, McNeil took part in a senior England training session ahead of the Three Lions’ thumping wins over Czech Republic and Montenegro, and it's understood that he impressed all those in attendance, even sitting Harry Maguire down with a neat piece of skill.

A tricky wide man with the ability to cut inside, hug the touchline and whip in a dangerous cross, McNeil has many strings to his bow - and he's likely to get better with age. A Manchester United Being able to watch Ruben L​oftus-Cheek has been rather troublesome this season, as he's failed to play for club or or country since rupturing his Achilles back in May.

But prior to that devastating injury blow, he was starting to show just how good he could be, particularly in the Blues' run to the Europa League final, which they went on to win in his absence.

Loftus-Cheek also excelled on his international debut against Germany in 2017, offering a decisiveness and directness in midfield that had been sorely lacking. He likely won't get the required game time under his belt to be considered, but if Southgate even has the slightest of doubts over his midfield options, he should head back to west London for another look. When ​Danny Ings last played for England, the team were strutting to a tenth straight victory during Euro 2016 qualifying and Ings had recently moved to Liverpool, where he wasn't all that successful.

Only four men have scored more than Ings' 15 goals this season, with his improved mobility and ability to bring others into the game coming to the fore. But with so many options at Southgate's disposal, that still may not be enough - even though he should be under serious consideration. All the noise regarding a potential new England No 1 is coming from Yorkshire, with many calling for Sheffield United Lewis Dunk is a club legend at ​Brighton, coming through the ranks to establish himself as a senior player over the last decade.