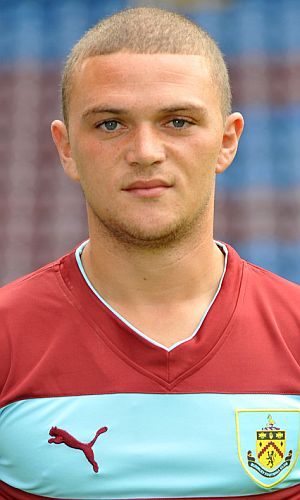 His performance didn't just win him both the man of the match vote and the player ratings on Clarets Mad. He won both by big margins to win the maximum ten points towards the Clarets Mad Player of the Year.

He polled 43.7% of the man of the match vote with only second place Danny Ings, with 16.9%, getting into double figures behind him. Winning goalscorer Junior Stanislas, on his return to the side, came third with a 9.7% share and David Edgar, in for the suspended Brian Stock in midfield, coming fourth with 6.0% of the vote.

Trippier was the only one of those four players to take a top four place in the player ratings and again he was a long way in front on a day when the ratings were high and no player scored under six.

The right back scored a rating of 8.65 out of 10 to lead the way with goalkeeper Lee Grant taking second place with a rating of 7.63.

It was very tight with another four players scoring 7.50 or more but third and fourth places went to defenders. Jason Shackell was third with a rating of 7.60 and left back Danny Lafferty scored a rating of 7.56 out of 10 to finish fourth.

Besides the ten points for Trippier towards the player of the year there were three points each for Grant and Ings; Shackell and Stanislas both won two points with Edgar and Lafferty both picking up one point.

Trippier has now moved into joint sixth place with Ben Mee and Shackell on 40 points, but Charlie Austin still leads the way although Grant has now reduced his lead at the top to 17 points.

Until the end of tomorrow, the vote for the December Goal of the Month is available. As always you can vote via the front page of the site or the VOTING POLLS page.

The result from the Crystal Palace game can be found below along with the current Clarets Mad Player of the Year Table.