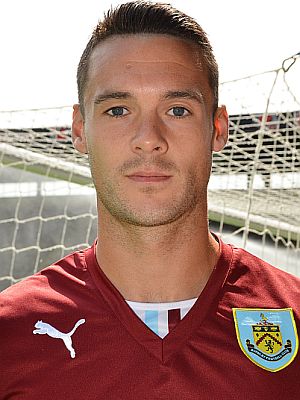 Alongside Kevin Long at the centre of defence he held the York attack at bay during the latter stages of the first half and then for a short period after the break.

It didn't win him the man of the match vote. He came second behind David Jones who opened the scoring early in the game for his first goal in Burnley colours. Jones turned in another good performance to follow that against Bolton and pipped Shackell with 18.6% of the vote.

Shackell's share was 17.3% whilst the third and fourth places were taken by Junior Stanislas and Kieran Trippier respectively with 12.8% and 11.5% shares of the vote.

It was a close thing with two other players, Tom Heaton and Danny Ings, also getting double figures but the player ratings were more stretched out.

Shackell won it with a rating of 7.69 out of 10 and he was followed by Heaton and Ings who were this time in the points, sharing second place, both having a rating of 7.31. Fourth place this time went to Shackell's central defensive partner Long. He had a rating of 6.85 out of 10.

The result gave Shackell eight points towards the Clarets Mad Player of the Year. Jones won five votes, there were three points for both Heaton and Ings, two for Stanislas and one each for Long and Trippier.

Added to the points for the Bolton game it takes Shackell a point clear at the top of the table ahead of Trippier who himself has a one point lead over Jones. Seven players have already won points in the first two games.

Voting ends today for the Sheffield Wednesday game. You can vote for the man of the match via the front page of the site or from the VOTING POLLS page. Player ratings can be left on the MESSAGE BOARD thread.

The result from the York game is below along with the current player of the year table.