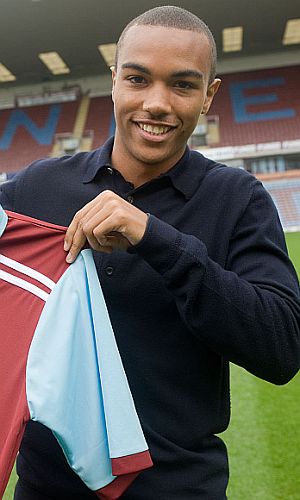 We were 1-0 down at the time and, although we went on to lose the game 3-1, he lifted the performance for the next fifteen minutes leading to the equaliser when he played the ball for Ross Wallace whose cross was headed home by Danny Ings.

Stanislas came back into the side after injury recently but was left out after two poor performances at Cardiff and Ipswich. This cameo certainly ensured he got a place in the team for Friday's game against Brighton.

Stanislas won six points towards the Clarets Mad Player of the Year and Ings won four points with both Trippier and Marney collecting one point each.

Trippier's point has edged him that bit closer to leader Jay Rodriguez. The lead is now three points with Jay Rod currently out of the side injured giving Trippier a good chance to overhaul him.

Marney remains fifth but is now only one point behind Marvin Bartley, four behind Lee Grant who is himself four points behind Trippier.

Voting remains in progress for the Brighton game and will continue until the end of tomorrow (Monday) before the Doncaster game vote starts on Tuesday. You can leave your PLAYER RATINGS on the message board and vote for the man of the match either on the front page of the site or on the VOTING POLLS page.

The result from the Birmingham game is below along with the current player of the year table.