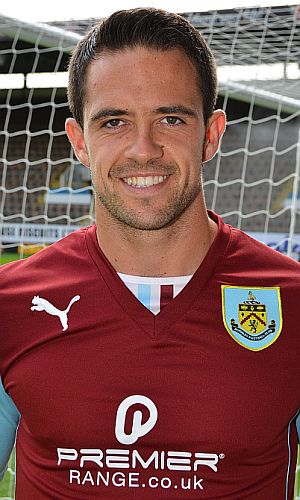 Blake claimed the first striker position in last week's vote, but the second vote, which started on Saturday, became a battle between Ings and former Claret Jay Rodriguez.

Jay Rod took an early lead but was soon overtaken by last season's goalscorer who then, at no stage, relinquished first place and went on to win it with 45.6% of the vote with Rodriguez winning 32.2% to come second.

There is some real talent and some outstanding goalscoring ability who didn't come close, and that highlights the strength we've had in this position over the ten year period.

Charlie Austin was third with a 7.1% share of the vote, just ahead of Ings' current partner Sam Vokes who received 6.8%. Steven Fletcher, our marquee signing ahead of our first Premier League season won 3.5% with Ade Akinbiyi, with 1.1%, the only other player to go above one.

You can vote via the front page or the VOTING POLLS page until the end of Friday. Will it be a close vote again?