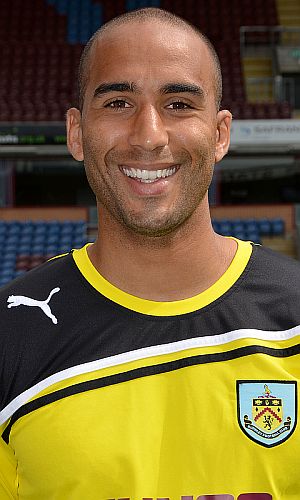 It was the lowest response we've ever had to either the vote or the player ratings and that reflects both the small attendance of Burnley fans, just 211, and the performance.

However, there are points to be had towards the Clarets Mad Player of the Year and Grant won the maximum six by winning both.

He polled 53.1% of the man of the match vote with Michael Duff coming in second with a 10.6% share. Dean Marney, my choice as our best outfield player, too third place with 8.0% of the vote.

Grant and Duff were the top two again in the player ratings. Grant won it with a rating of 8.00 out of 10 with Duff's rating of 7.00 giving him second place. Third place was shared by David Edgar and Chris McCann who both had ratings of 5.50 out of 10.

That result means six points for Grant towards the player of the year with four points for Duff. Edgar, Marney & McCann all get one point.

Those points have seen Grant, for now, move into third place behind Jay Rodriguez and Kieran Trippier who are still both some distance ahead. Grant now has a one point lead over Marvin Bartley and Marney.

The voting is currently underway for the West Ham game and due to the lateness of the man of the match poll it will now run until the end of Wednesday. You can vote for your man of the match from the front page of the site or from the VOTING POLLS page and you can post your PLAYER RATINGS on the message board.

Below is the result from the Ipswich game and the current player of the year table.