Charlie's hat trick wins him Pompey man of the match 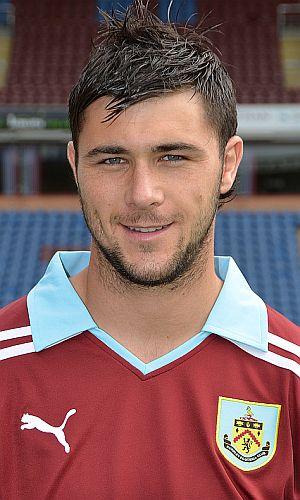 Alongside Danny Ings, who was in superb form during the second half, they tipped the game in our favour with Ings having already scored his first Burnley goal to give us a 2-1 lead before Austin came on for the injured Martin Paterson.

The two of them dominated the man of the match vote and the player ratings to take the top two places in both.

Austin was the winner and polled 47.0% of the man of the match vote with Ings coming second with a 31.7% share. Midfielder Dean Marney, with just 4.1% of the vote, took third place.

Austin, therefore, wins the maximum six points towards the Clarets Mad Player of the Year. Ings gets four points with one point each for both Marney and McCann.

Those points haven't made much impact on the table with only Marney in the five winning any points. He remains in fifth place but now two points behind Marvin Bartley.

Voting is still underway for Tuesday's Birmingham game. You can vote for your choice as man of the match via the front page of the site or the VOTING POLLS page and PLAYER RATINGS can be left on the message board.

The vote will run until the end of tomorrow with the voting for the Brighton game starting on Saturday morning.

The results from the Portsmouth game and the current player of the year table are shown below.