Former Claret Casper returned to Burnley from Bury, where he was assistant manager under Martin Dobson, in January 1989 for his second spell in the hot seat having previously managed the club in 1983. Both times he succeeded Brian Miller and hopes were high that he was the manager who could take us out of the basement division. 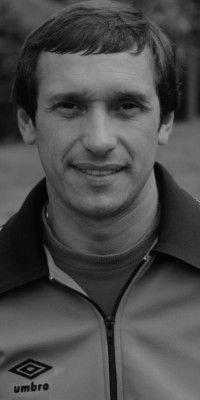 He said on his return that he wanted to take Burnley all the way back up the leagues and manage the club in the First Division but his only sight of success was to reach the play offs at the end of the 1990/91 season.

He'd been a massive crowd favourite as a player at Turf Moor but there was no doubt that fans wanted a change, and that was never more evident than at Scarborough five days earlier when the travelling fans called for his head along with that of chairman Frank Teasdale.

It was Teasdale who confirmed the news at lunchtime on Thursday 3rd October 1991 and that his assistant Jimmy Mullen would assume control until a new appointment was made.

Teasdale said: "Our manager Frank Casper has today tendered his resignation. He feels, after careful consideration of his position, and recent team performances, that it is time for him to step down.

"Having met with him at his request on Tuesday to discuss the situation we accept that he has made this difficult decision with the best interests of the club in mind.

"Although things have not gone right on the pitch over the past few weeks, there can be no doubt that our professional squad, youth squad and scouting policy have been strengthened during his time with the club.

"The game must go on, as they say, and Jimmy Mullen knows the score and will take charge of Saturday's game against Carlisle United.

"Everyone at Turf Moor wishes Frank Casper well. Hopefully our fans will remember the great times he gave us as a dedicated player and sympathise with him now he is another casualty of football's demands for success - he deserves that."

Burnley Express sports editor Edward Lee echoed the chairman and reminded fans of Casper's contribution to Burnley Football Club since he first arrived in 1967 and agreed that he'd left the club in a far better state than he found it on his return in 1989.

And so Burnley were on the lookout for a new manager with fans immediately letting it be known that they did not want the easy option of assistant Mullen being appointed. The immediate favourite was Wrexham boss Brian Flynn.

The final word, however, was with Casper, who said: "This kind of thing is all part of life. My decision to resign has nothing to do with football. I'm looking back on my life, for instance, two weeks holiday in two years.

"What I'm looking for now are new challenges in the years ahead of me, but what exactly they may be I simply don't know. One door closes and another opens - but that doesn't mean to say that I'm looking for another door opening in football.

"I have had a great life in football, both as a player and as a manager. I only wish fans would appreciate the efforts that are put in to provide them with a team to give them entertainment.

"People may think that because the fans turned on me at Scarborough on Saturday that I have decided to get out. That's not true at all. I have taken stick before when I was manager at Burnley and more recently.

"I have seen children cry when their parents have abused me after games, but that is part of what you have to put up with when you are a football manager and I repeat that it hasn't influenced my decision to pack in.

"But one thing has particularly influenced my decision and that is the death at the age of 55 of Gordon Clayton, the man who was my number two when I was manager at Burnley in 1983. His death made me stop and think what I should do with the rest of my life."

The search was on for the new man, but before that a home game against Carlisle in two days time with former Blackpool boss Mullen in temporary charge.