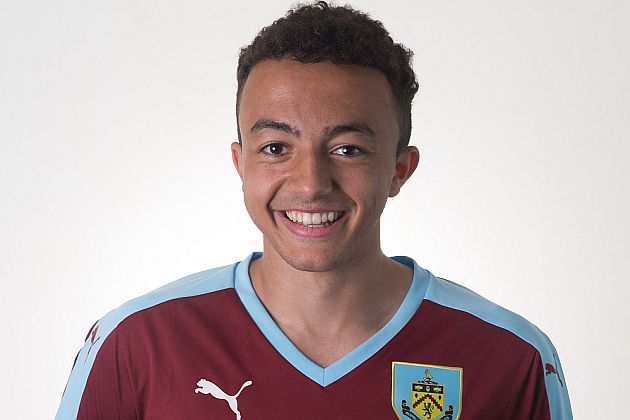 We go into the game in tenth place in the league having won two, drawn one and lost four of our opening seven fixtures, and we face a Wigan side who have two points more than us and have a game in hand.

The clashes with Wigan last season both ended in draws. It was 1-1 at home with our goal scored by central defender Shaun Hobson and the away game last Match ended 2-2 with both Khius Metz (pictured) and former youth team captain Waqas Azam on the scoresheet for the Clarets.

In recent games we've been fielding some under-16 players but one ruled out tomorrow is central defender Oliver Younger who is serving a one match ban having been sent off in the 2-2 draw at Carlisle two weeks ago. He's been able to play since with non first team suspensions starting 14 days after the offence.

Kick off tomorrow is 11 a.m. with the game being played at the Wigan Robin Park Arena which is right outside the DW Stadium.