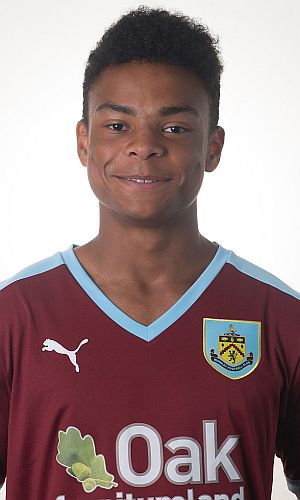 With leaders Bury without a game, there was always going to be a new leader dependent on the game between Wigan and Walsall at Robin Park and it was Wigan who won it 2-0 to return to the head of the table.

The games at Morecambe and Tranmere were both called off and that left just our home game against Port Vale. In pouring rain, until this season, we would have expected our game to have been the first to be postponed, but the new look Gawthorpe pitches are able to deal with this now and our fixture against Port Vale went ahead with the Clarets ending a difficult week with a victory.

An own goal, followed by goals from Tommy Wood, Josh Dolling and Olatunde Bayode (pictured), with his first goal of the season, gave us a 4-3 victory with again a very young line up which included two under-16s in the starting line up and two more on the bench.

It was a fourth league win for us in what has been a difficult season to date. It hasn't moved us up the table but we are now only behind Carlisle on goal difference and only two points behind both Wrexham and Rochdale.

Saturday will provided us with a difficult game against Blackpool who are currently fifth in the table. It will be our last fixture of 2015 with the next game not until 9th January when we travel to bottom club Morecambe.

The results from last weekend are below with this week's fixtures, Burnley's goalscorers this season and the current table.