Weekend of strange results in the Alliance 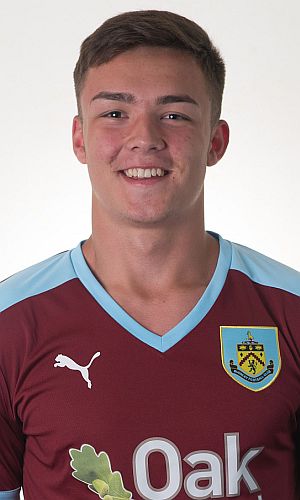 Burnley, with only two wins all season, travelled to Preston to take on a side who were in top form with a run of six consecutive victories, four in the league and two in the cup. But it was Burnley's day at Chorley. Tommy Wood (pictured) opened the scoring with Khius Metz adding two more to give us a 3-0 win.

Nick Harrison, who was previously at Burnley, is the academy boss at Preston now and he described it as a bad day at the office for his team. He admitted: "They performance better than us and have deserved to win the game."

Wood headed the Clarets in front in just the 12th minute of the game and by half time we'd doubled that lead after Metz scored midway through the half. He got his second and our third with just three minutes remaining with what was described by Preston as a delightful finish.

It has moved us to within two points of the next club who are now Wrexham but they were involved in another big surprise result, going down to bottom club Morecambe who had previously picked up just three points and those on the opening day of the season.

The surprises affected the top two clubs also. Walsall went into the day top of the league and remain so despite being surprise losers against Port Vale. They'd have lost top spot to Bury but they too were unable to win, being held to a draw by Rochdale who had kicked off the day in that third from bottom place; the point taking them above Wrexham.

This weekend sees the 'Tram Derby' in League One when Blackpool face Fleetwood in a league game for the first time. This afternoon, the two clubs had a dress rehearsal in the Youth Alliance League. It was Blackpool's home game and it ended 0-0, lifting them two places in the table to fourth.

The results from the last week are below followed by this weekend's fixtures, and there are only two, Burnley's goalscorers this season and the current league table.