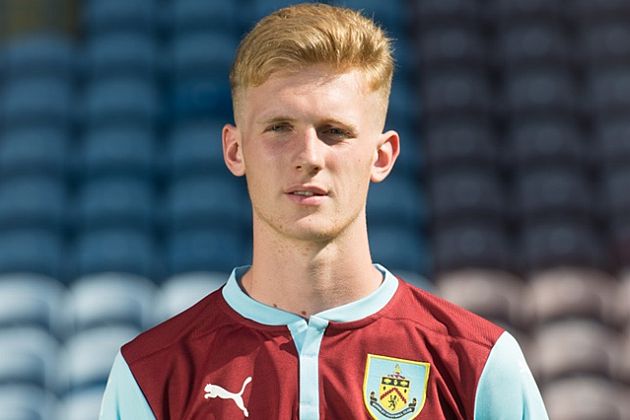 Andy Farrell is currently in charge of the youth team and he made six changes from the side that were beaten three days ago at Burnley Belvedere, but the young Clarets had a difficult start to the game with Shrewsbury going 2-0 up in the first 12 minutes.

Shrewsbury had beaten Morecambe 4-1 in their first game with Ethan Jones bagging a hat trick and the striker was soon on the goal sheet in this game. In only the second minute he fired just over but on eight minutes got the opener when he got in at the near post to turn in a right wing cross.

Just four minutes later and it was 2-0 when a defensive mistake gifted the ball to John McAtee who chipped Connor King.

We could have conceded more but six minutes before the break we pulled one back when captain Josh Dolling (pictured) found the corner of the net, and just after half time only a good save prevented him getting his second and drawing Burnley level.

The second half was a lot more even and more good goalkeeping kept out Andreas Bianga as the Clarets fought for an equaliser.

It didn't come and with time running out we conceded a penalty enabling Shrewsbury to win the game 3-1.