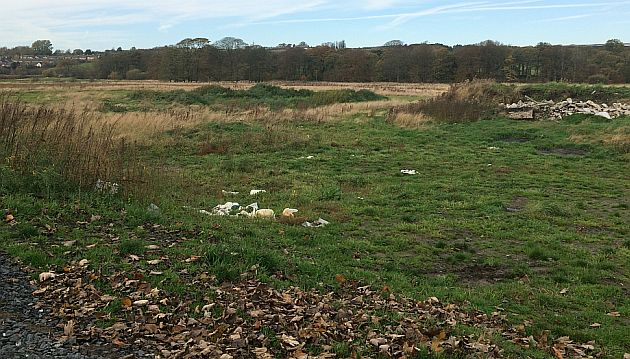 Ginnelly had come on as a substitute in the second half for the injured Jamie Frost but it was a surprise, certainly in the case of the first half, that it had taken us until so late in the game to register our first goal.

It's enjoyable being able to get back to watching games at Gawthorpe. Earlier in the week, with the rain coming down, that might not have been the case but today's game was played under blue skies on a perfect surface, as shown above, and the only threat was one of the new sprinklers turning on just as we were approaching.

The players were just warming up and it was good to see Dean Marney there along with Kevin Long. The latter has been declared fully fit now and certainly looked it when called upon during the ninety minutes; Marney got another full game in to add to the two hours he had on the pitch on Monday. 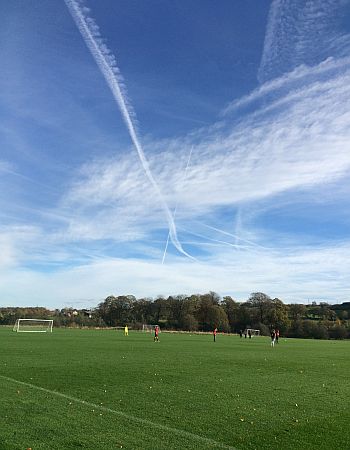 There was also a place for Matt Lowton at right back. He's not had too much football since the season kicked off. He missed the opening games with a shin injury and since returning he's been on the first team bench but unable to dislodge Tendayi Darikwa other than for a few minutes at Forest when Lowton came on as a substitute.

To our left was the academy injury list. It was good to see Nathan Lowe off his crutches  and able to walk past us and he joined Jason Gilchrist, Daniel Agyei, Christian Hill and Brad Jackson on the touchline treatment room.

The first half was when we should have had this game won. We dominated for long spells and there were so many balls went into the Morecambe box. Too often that final ball just wasn't quite good enough and there were others where we just couldn't get the right finish.

As it happened, the best chance of the half fell to Morecambe, but by half time this game should have been won.

It's often the case that the second half is never quite the same if you haven't taken advantage in the first half, and that was the case. It was much more even and twice they forced Tony Aghayere into good saves.

But all good things come to those who wait and with the clock ticking down, Ginnelly fired a shot across the goalkeeper into the bottom corner and the points were ours, leaving us to wait until 14th December when Bradford City play Fleetwood. If Fleetwood win we go out of the competition but go through to the semi-finals with a Bradford win or a draw.