Cod Army too Strong for Clarets 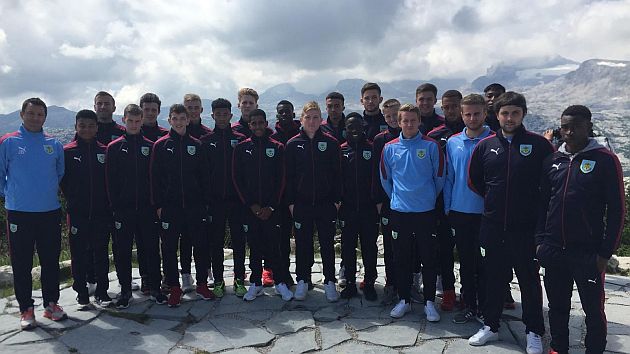 Following the Shrewsbury defeat we again saw rotation of the team. This saw 6 changes to the starting XI, including a rotation for Josh Dolling, who dropped to the bench and a starting forward pair of Tommy Wood and Khius Metz. Tony Aghayere returned between the sticks, and Tunde Bayode was brought into right back, in place of the absent Vash Dixon.

We started very brightly, giving Fleetwood no time to settle, and in the opening few minutes forced 3 corners. They came to nought, but we continued to press with a couple of slide rule balls getting us in behind, though the Fleetwood keeper was ever alert. Wood had a good chance with a free header but directed his effort wide of goal.

Fleetwood came to terms and got a grip on the game, without really testing Aghayere. In a rare break Wood forced a good save low to the keepers left with a shot in the area, while back at the other end Aghayere was brave to smother a cross at the feet of Shaun Hobson and the Fleetwood 11. Metz had the last chance of note in the half as he and Mark Haworth played a neat 1-2 which released him, but again the Fleetwood keeper reacted quickly to thwart him.

The 2nd half started with Fleetwood dominant. The left winger dragged a shot wide after Hobson had misjudged and gotten under a long clearance. The bustling centre forward then pulled a shot wide from the other side of the area. The visitors were in our faces and quicker in their control, tackling and distribution. Our midfield had no time on the ball and passing was forced and wasteful throughout. Both teams made changes around 20 minutes into the half, with ours seeing Dolling and Jamal Crawford enter the fray, replacing Howarth and Wood. Personally I thought Wood had started to come into the game and it seemed a little harsh to withdraw him.

Fleetwood continued to have the better of the ball and around half an hour in we paid the penalty. Tyler Shrimpton attempted to play around his man just past the half way line but the winger read it and knocked and ran past him. We were streaming back but the powerful Fleetwood 9 charged through and smashed the through ball past Aghayere.

For the last ten minutes Miles Fenton replaced Nashe Chakwana and we did manage to make some good openings. Dolling is probably the most comfortable ball player we have and he was trying to assert his authority and create. As the time dwindled away we had a penalty appeal turned away as a blatant handball in the box was missed by the officials. Dolling also forced a good save from the keeper as we entered stoppage time, but all in all I feel it was a fair result when the referee called time on proceedings.

Belvedere is proving an unlucky ground for us so I for one will be happy when we return to Gawthorpe.