Clarets through in Lancs Cup after late rally 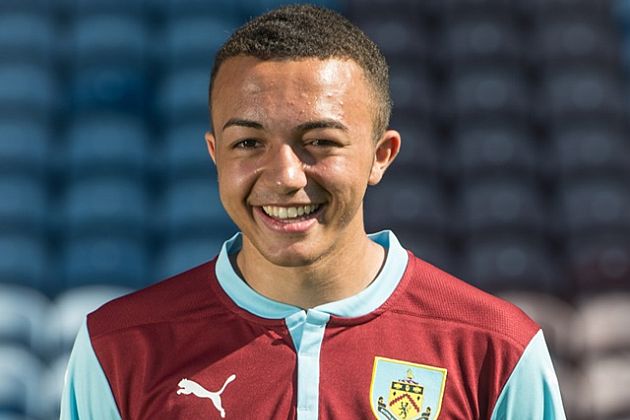 It wasn't inspiring stuff from the young Clarets for the first hour. In truth, neither side really looked like scoring. There were half chances at both ends with us going closest when Khius Metz' pace got him through to left of goal with his shot going narrowly wide.

By half time the discussion centred on whether there would be extra time when it finished 0-0 or whether we would go straight to penalties, and nothing much happened in the first quarter of an hour of the second half to change opinion.

Then, on 68 minutes, Accrington scored, and most were resigned to an early exit from the competition. However, the players thought otherwise and the game changed.

Within three minutes we were level and ten minutes after that the game was won. Tommy Wood was to play a central role. He scored the equaliser and then saw his header come back off the bar with Metz (pictured) quickest to it to hit home.

By now we were playing some good football. Metz and Jamal Crawford both came close before Wood was so unlucky to hit the woodwork again.

Accrington did come close to equalising once, but that was in stoppage time with everyone checkign their watches. So it is Burnley who go through. For twenty minutes or so we looked a decent side but prior to that it had been poor stuff to watch.