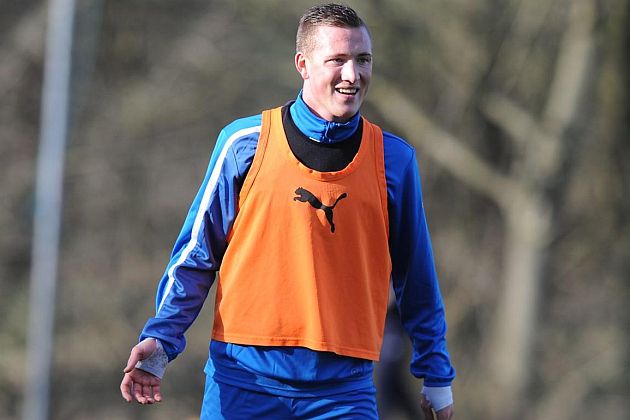 Barton played alongside all of the other four unused substitutes from last night's draw at Derby - Matt Gilks, Matt Lowton, Stephen Ward and Chris Long - and the game also provided further game time for Kevin Long and Dean Marney as they come back from cruciate injuries.

There were also welcome returns for Ulvestad and Danny Lafferty. Ulvestad (pictured) last played over seven weeks ago when he suffered ankle ligament damage in the last pre-season friendly against Bradford and Lafferty's last game was in the previous friendly at Fleetwood before he suffered a collar bone injury.

Barton and Ulvestad scored the first half goals, Ulvestad's his first in Burnley colours. Luke Hendrie, one of the young players signed during the summer, came on as a substitute and also netted his first Burnley goal in the second half.