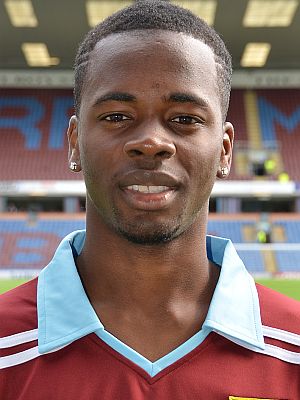 Hines was released by the Clarets during the summer of 2012 after it initially appeared the second year of his contract had been triggered. It led him to sign a one year deal with Bradford City.

He played a total of 41 games last season for the Bantams, 15 of them as a substitute. He started both their Capital One Cup semi-final games against Aston Villa and then in the Wembley final where they suffered a heavy 5-0 defeat against Swansea he was used as a substitute.

There was to be no second Wembley appearance. They reached the League Two play offs and he was named as a substitute in both semi-finals against Burton and then in the final against Northampton but was unused in all three games.

Even so, it was a surprise when he was released with manager Phil Parkinson revealing that he wouldn't get enough games if he stayed.

That led to Friday's signing with the Daggers and he made his debut yesterday, coming on as a half time substitute for Josh Scott.

In doing so he became the first ever player to play for both Burnley and Dagenham & Redbridge in league football.