Wes is back from Crewe 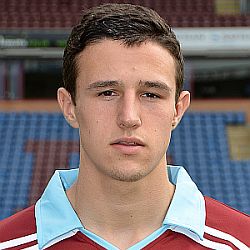 Wes joined Crewe on 24th November, the loan deadline day, until 5th January. He was signed by new manager Steve Davis to provide competition for places. He played a total of six games for them, three from the bench, and netted one goal in a 1-1 home draw against Crawley Town.

Former Claret Davis said: "We would like to thank Wes for his contribution and wish him all the best for the future."

He's now played a total of 19 games this season for three different clubs having come on as a substitute in our Carling Cup win against Burton Albion before joining Accrington Stanley on loan.

Between those two loans he played twice for the Clarets' reserve team and scored five goals, including a hat trick against Morecambe.