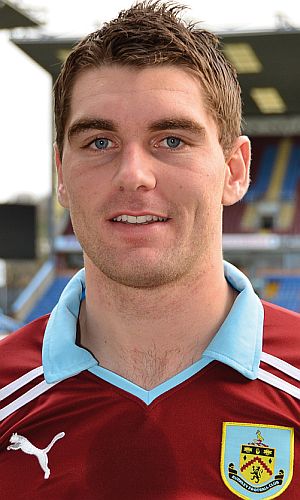 Vokes joined the Clarets in November on a two month loan. It was a loan Eddie Howe was keen to extend, even more so after the Middlesbrough game when both Junior Stanislas and Martin Paterson suffered hamstring injuries.

He always had the concern that Wolves might not allow it given that Vokes started only three games for Burnley, the defeats at Birmingham and at home against Portsmouth and the 4-0 home win against Ipswich.

He scored the first goal in that Ipswich win and four days later headed the winner in the sensational 2-1 victory at West Ham, but that West Ham game was one of six when he came off the bench.

Mick McCarthy, the Wolves boss, wanted him to play more regularly and wanted to get Vokes out on loan again. He's done that with this move to Brighton which will run until the end of the season.

Vokes himself might be ready to make this particular stay a longer one. He said today: "The style here will suit me. It's a great way of playing football and very different to a lot in the Premier League.

"I came here earlier in the season with Burnley, and even though they were down to nine men, they kept the play and did things right.

"I need to settle down and find a home in my career. I want to play football and I need to feel settled. I've had a lot of loan deals and it's been difficult because I'm moving from place to place. I've had good experience and for me it's about playing games and scoring goals."

He added: "I have just been at Burnley for a good couple of months but towards the end I didn't play as much. The chance came up to come here and I jumped at it. It's a great set up here with a great stadium so I can't wait to get started."