Trippier is Clarets Mad Player of the Year 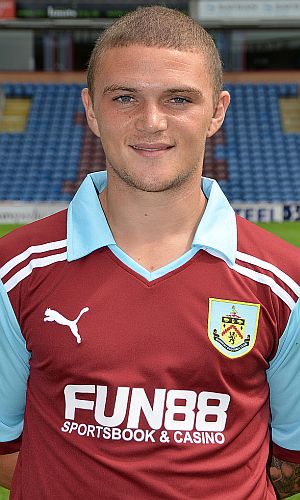 He's taken the title in what was a much closer contest this season compared to a year ago when Jack Cork won it from Chris Eagles by a margin of 28 points. It was still undecided going into the last game but once Lee Grant  was omitted no one could pass the right back who joined the Clarets only last summer, initially on loan, from Manchester City.

But he's been consistent and most games has been up towards the top of both, and such has been his form that he's played every league game with the cup tie at Norwich the only game he's missed all season.

He shared the awards with Jay Rodriguez last week at the supporters' player of the year evening and the pair were running neck and neck until Jay suffered an injury that kept him out towards the end of the season.

Trippier is, without doubt, a deserving winner, and joins nine other players who have won the award (Robbie Blake having won it twice).

Now we await the winner of the Goal of the Season for which there will be a vote next week.

Below is the result from the Bristol City game, the final Clarets Mad Player of the Year Table and a list of winners since 2001/02.