Trippier and Marney are best in Blackpool defeat 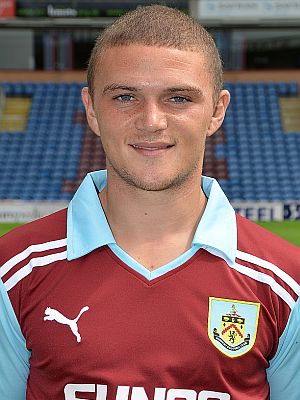 Trippier won the man of the match vote with a 19.5% share and that ensured he was ahead of Ross Wallace who came second with 14.6% of the vote. Michael Duff took third place with 9.7% of the vote.

Midfielder Dean Marney came out on top in the player ratings on a day when not one player reached the level of six out of ten for an average performance. The first half performance was long forgotten as people put forward their ratings with that awful second half showing in mind.

Marney's rating of 5.94 out of 10 was enough to give him first place with Charlie Austin and Wallace in joint second place, both having ratings of 5.75 out of 10.

This result has given Wallace four points towards the Clarets Mad Player of the Year, Marney and Trippier gets three points, there are two points for Austin and one for Duff.

Those points have seen Trippier return to first position in the Clarets Mad Player of the Year Table with just one game to go. The voting poll for the Bristol City game will get underway tomorrow afternoon.

Today is the last day to cast your vote for the March Goal of the Month, the April vote will follow the Bristol City Man of the Match vote and will start next Wednesday.

Below is the result from the Blackpool game and the current player of the year table.