Transfer Window: 10 Best Under the Radar Deals of the 2019 Summer So Far

There are, however, often very astute deals taking place at the sides of the gossip columns. Transfer deals which aren't widely spoken of, but turn out to be great value for money - not necessarily bargain basement prices, but in hindsight can be regarded as smart purchases.

Dimitri Payet to West Ham from Marseille or just £11m in 2015 springs to mind immediately, acquired for around just £11m. Similarly, that summer Spurs signed Son Heung-min for £22m. Four years later he is recognised as a steal, considering his current market value.

So, also including a sprinkling of free transfers, here's a list of ten under the radar transfers of the summer so far... ​Borussia Dortmund have signed the 23-year-old from Bayer Leverkusen for around just £22m, which seems incredibly cheap for a talented young player in today's transfer climate.

The German enjoyed the best season of his career last year, scoring seven and assisting a further 11 in 30 Bundesliga starts, the creative wide man increasing his efficiency in the final third. Dortmund pulled off another coup this summer, signing ​Eden Hazard's younger brother Thorgan for around £23m. Dortmund will have an embarrassment of riches in forward areas, adding the two attacking midfielders to join the likes of ​Marco Reus and Jadon Sancho.

The 26-year-old was one of a select number of players to both score and assist at least ten goals in Europe's top five leagues last season. Bayer Leverkusen reinvested their Julian Brandt money (and a bit more) on midfielder Kemir Demirbay, who was back to his best last season after an underwhelming 2017/18 season.

The German contributed to 13 goals in his 24 starts for Hoffenheim, displaying his end product in addition to his natural passing and dribbling talents. ​Atletico Madrid managed to seal the deal for the free transfer of Hector Herrera from Porto, following the expiration of his contract. The Mexican has been consistent at both club and international level for some time and deserves his move to a European giant.

The 29-year-old is a replacement for the departed Rodri, who signed for ​​Manchester City for £63m.

Although Herrera has no guarantee of starts, competing with the likes of Koke, Saul and Thomas Partey, a player of his quality for no fee hardly go wrong. 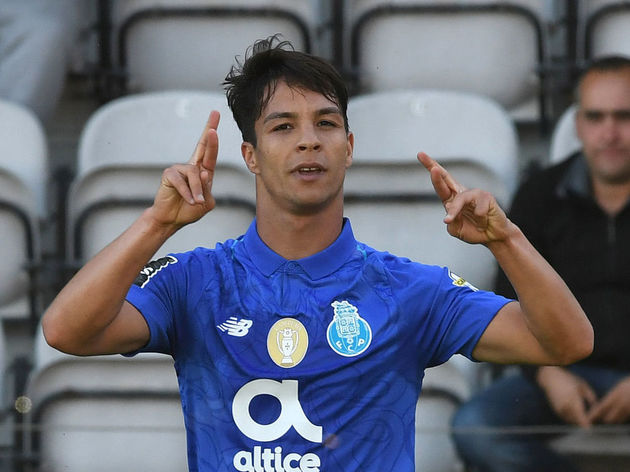 Although Oliver Torres has not yet lived up his initial hype, £10m in today's market for somebody of his natural ability cannot be sniffed at. The Spaniard is another midfielder leaving Porto for Spain, his destination being Sevilla.

If the 24-year-old midfeilder can finally fulfil the promise he had as a teenager, Sevilla will be laughing the way to the bank. Breel Embolo is another who hasn't yet fulfilled his potential, but at just 22 he still has lots of time to develop his game. While a strong runner and dribbler, he does need to add more goals to his repertoire.

Nevertheless, Borussia Monchengladbach taking the Swiss international on board for just £9m from ​Schalke could pay off in the long run. Roma have snapped up the defensive midfielder from ​Napoli for around £19m following the expiration of captain and club legend Daniele De Rossi's contract.

The 21-year-old was not a regular starter at Napoli and perhaps won't be initially for Roma either, with Steven Nzonzi in the team. However, Diawara remains a highly rated talent, who has been linked with a Premier League move, and it £19m could be seen as a real bargain in the not-too-distant future. ​ Drmic broke onto the scene back in 2013/14 with 17 Bundesliga goals for Nuernberg, attracting much attention.

Subsequent moves to Leverkusen and Monchengladbach failed to work out for the 26-year-old, who has now signed for ​Norwich on a free transfer.

The Swiss international is likely to be Teemu Pukki's understudy considering his exploits in the Championship last season, but Drmic has proved that he can score goals at a high level. Despite being a disaster for ​Liverpool, a young Alberto Moreno was a highly rated talent in Spain, winning the Europa League with Sevilla, the European Championship with Spain Under-21s and playing several matches for the senior national team too.

Perhaps he is more suited to Spanish football, in which case Villarreal have made a smart signing for the attacking full back on a free transfer. ​Burnley secured the signature of Jay Rodriguez this summer, concluding a £5m deal with ​West Brom.

The 29 year old scored 22 times in the Championship last season in what was an impressive campaign for him individually.

Rodriguez will have to fight for his place in Burnley's starting lineup considering the calibre of Chris Wood and Ashley Barnes' partnership - however, if he can return anywhere near the form he showed at ​Southampton or Burnley before his injuries, he will be difficult to ignore.