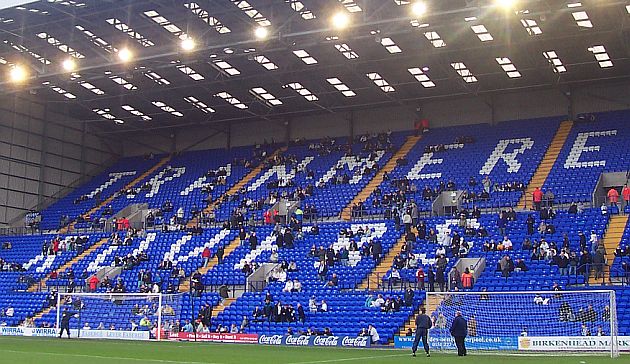 The game will be played on Tuesday 23rd July and is the fourth of the five games confirmed at this time. It will kick off at 7:45 p.m.

This will be our first visit to Tranmere since October 2000 when two Steve Davis goals and a last minute header gave us a 3-2 league win against a Tranmere side for whom Jason Koumas and Clint Hill scored the goals.

Our opponents looked promotion material for much of last season. They were in the top six into late March but faded away and ended the season in eleventh position after winning only four points in their last nine games.

Our other games are against Morecambe, Cork, Carlisle and Sparta Rotterdam and all are listed on the Friendlies/Key Dates page via the Clarets Latest drop down menu.