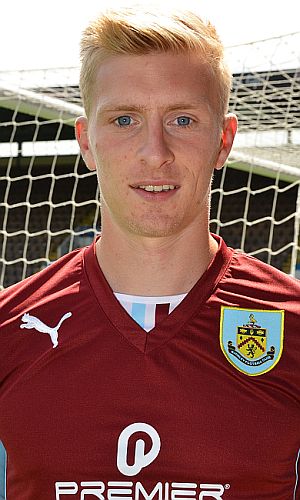 Mee was Eddie Howe's first summer signing in 2011, coming in on a season long loan from Manchester City ahead of the trip to the South West.

He'd been on loan at Leicester during the previous game and their then manager Sven Goran Eriksson was keen to see him return, but he opted for the Clarets and was soon joined by Kieran Trippier.

And, like Trippier, he signed a full time deal with Burnley in January 2012 and has now followed his defensive team mate in signing a new three year deal.

He initially started in a central defensive role for us but he's since become a regular at left back and last season played 38 of our 46 league games, missing the start of the season and the Christmas period through injuries. In total he's now just three games away from having made 100 league and cup apperances for us.

Mee is now very definitely a first choice name on the team sheet and this is further good news for us as he joins such as Trippier, Danny Lafferty and Scott Arfield in signing new long term deals.

Speaking after signing the contract, he said: "I'm absolutely delighted to sign for another three years here. I've enjoyed my time so far and hopefully we can have many more seasons like the last one and achieve more things.

"It was an easy decision to make. I've enjoyed my time here, particularly under Sean (Dyche) and it's been a great time since I joined. I've settled here really well and I feel right at home here with the fans and all the lads."

He added: "I'm always improving now and I'm coming into a good age in terms of playing a lot of games. I just want to kick on and show everyone what I can do.

"Last season was a fantastic season for all the lads and we need to go on, push on and top that now which would be really nice, but of course I look back on the promotion really fondly and the 2013/14 campaign will always hold great memories."

This really is further good news for us with Mee now taking the number of players committed to the club for the next three seasons to nine.