​Winter breaks or not, the Fantasy Football show must go on!

Gameweek 26 is a bit of a weird one due to the Premier League's inaugural winter break, with the upcoming gameweek being stretched over two weekends of action. Sigh.

Last time out we saw the average joe struggle towards 47 points as the likes of Kevin De Bruyne, Sergio Aguero, Pierre-Emerick Aubameyang and Tammy Abraham failed to fire. Those who are took our advice and drafted in Mohamed Salah, however, reaped the rewards.

So, without further ado, here's who you should be looking to bring in and potentially avoiding ahead of the 'Winter Break' edition of the FPL. Martin Dubravka is enjoying a stellar season between the sticks for Newcastle.

While he can be the culprit of some questionable individual errors, the Slovak's form over the past month or so has been tremendous - helping the Magpies to two clean sheets in their last three and seven overall this season. Although Arsenal are next up for Steve Bruce's side, games against the low-scoring Burnley and Crystal Palace in February offer Dubravka the garner some points.

Despite being the second most valued shot-stopper - in the FPL world - Ederson is someone you might want to consider letting go.

The Brazilian is forced to deal with a constantly changing and, ultimately, unstable backline in front of him every week and has only been able to keep two clean sheets in his last 12 outings. His form has certainly dropped this season and at the moment, you simply can't trust City to shut out any side they come up against.

Mighty Mee, Get Over Lundstram FFS Big bad Burnley are back ladies and gentleman.

Wins over Leicester and Manchester United along with a draw at home to Arsenal has seen the Clarets surge up the table - with the performances of Ben Mee proving key. The centre-back has been superb amid Burnley's resurgence, with the aforementioned sides managing to score past this Burnley backline just once.

With Bournemouth and Newcastle coming up this month, you can expect Mee - who has played every minute of Premier League action thus far - to continue collecting clean sheet bonuses.

This is a move that's been recommended already, but over 44% of you have persisted with John Lundstram. Yes, he was the FPL God of the first half of the season but you've got to get over it! Sander Berge is here and he's ready to take over, and that takeover includes Lundstram's minutes. It is with regret (*Sir Alan Sugar voice*), but they're simply better alternatives currently out there. The Dutchman got off to a flyer on his Premier League debut and his ability in transition means he's set to become a key part of Jose Mourinho's Tottenham going forward. During his time at PSV, Bergwijn was a prolific producer in the final third - registering 15 goal contributions in the Eredivisie this season - and swiftly displayed his instincts in front of goal against City. For £7.5m, he's worth adding to your squad.

Moving on, with Sadio Mane still out, expect Mohamed Salah to continue his fine run of form. The onus will be placed on the Egyptian to come up with the goods in the final third for the Reds in the coming weeks and he's enjoyed a pretty good start - registering three goals and an assist in his last two outings. If that doesn't tempt you, take a look at the Reds' upcoming fixtures, talk about a piece of p***.

As for James Maddison, well, it looks like the whole 'Grealish > Maddison' argument has got to his head in recent weeks. The England international is in a slump right now - failing to make a goal contribution in his last four - and with Wolves and City on the horizon, things won't be getting much easier for the creative midfielder. 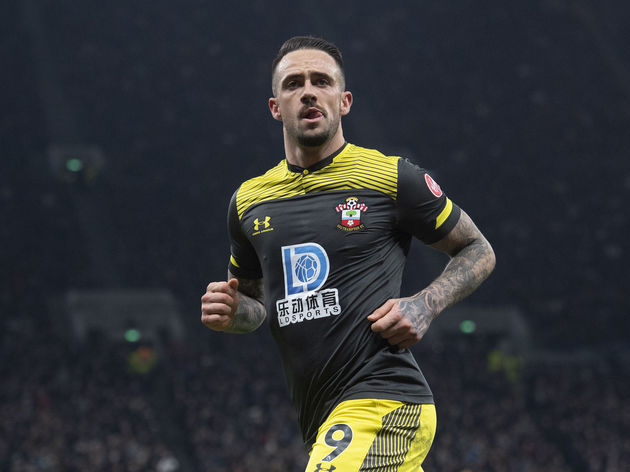 Yes, he has only brought home five points from his last three, but you have to stick by him. Southampton's number nine has a tasty schedule ahead of him and he was able to get on the scoresheet against Spurs in the FA Cup in midweek - expertly rounding off a Saints counter spearheaded by Nathan Redmond. Expect Ings to enjoy a productive couple of months.

On the other hand, I hope you got the most out of Dominic Calvert-Lewin because it might be time to say your farewells.

The 22-year-old has established himself as a key part of Carlo Ancelotti's Everton side - scoring on five occasions since the Italian's arrival - but the Toffees have a tough few weeks coming up. Stout Crystal Palace and United sides are in the offing along with an improved Arsenal backline before a trip to Chelsea and, of course, the Merseyside Derby at Goodison Park - a game which could see the Reds win the title.