The whirlwind departure of Burnley midfielder David Jones to Sheffield Wednesday has left a hole in the Clarets' midfield engine room that must be filled.

The surprise triggering of a release clause in Burnley midfielder Dave Jones' contract by the Owls has left Burnley gaffer Sean Dyche with an unexpected headache. 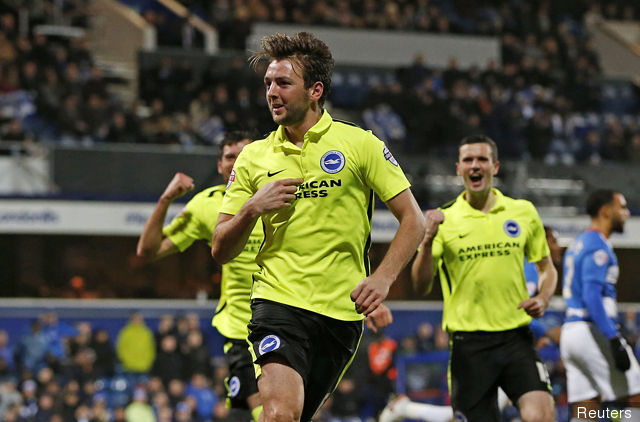 Jones has already departed Turf Moor which means Brighton & Hove Albion are more vulnerable than ever to losing Bolton-born Dale Stephens to the Premier League outfit.

Stephens, already the subject of three rejected bids from the Turf Moor based side is out of contract next summer. A move to Burnley would see him plying his trade in the Premier League for at least one season, and move him back up north.

Burnley have already completed a deal with Anderlecht for Belgian international midfielder Steven Defour. The Clarets have revealed the £7.5 million paid for the former Porto star smashes their existing transfer record.

A fee in the region of £7 million may now prove enough to persuade Championship topping Brighton chairman Tony Bloom to allow the player to join the Clarets.

Bloom has already stated that his hand may be forced by the reluctance of Stephens to extend his stay on the Sussex coast.

The Seagulls' Chairman is unlikely to risk losing a highly valued asset by allowing Stephens to walk away on a free at the end of this season.

Burnley's immediate priority is to replace Jones. Stephens looks the most likely player to fill the vacuum created by the surprise departure of a Burnley favourite. (TEC).