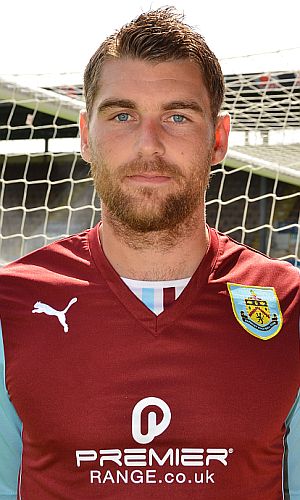 Vokes, who was voted player of the month in September, October and November, went into last Saturday's game level at the top of the player of the year table with central defender and captain Jason Shackell, but his performance won him both the man of the match vote and the player ratings.

He scored our goal in the 43rd minute, only to Wednesday come back with an equaliser two minutes later, but his overall performance won him 26.7% of the vote, just ahead of midfielder Dean Marney who received 24.0%. Third place was shared between right back Kieran Trippier and Keith Treacy, recently restored to the team. Both won 13.0% of the vote.

Those same four players topped the player ratings, although not in the same order. Vokes was again the winner with a rating o 7.97 out of 10. A rating of 7.48 ensured that Trippier came in second with Treacy and Marney taking third and fourth places with ratings of 7.29 and 7.26 out of 10 respectively.

The result means that Vokes has won the maximum ten points towards the Clarets Mad Player of the Year. Trippier won five points and there were four points each for Marney and Treacy.

With those points added, Vokes is now on 117 points, ten ahead of Shackell. Danny Ings remains a further twenty points behind in third place.

The next vote will be underway next Tuesday night after the home game against Brighton.

The result for the Wednesday game is below along with the current Clarets Mad Player of the Year Table.