Southampton vs Burnley Preview: How to Watch on TV, Live Stream, Kick Off Time & Team News

Southampton and Burnley face off at St. Mary's on Saturday as they return from the inaugural Premier League winter break.

However, losing to the Reds isn’t exactly a rare occurrence these days, while Jose Mourinho admitted the better team lost in their FA Cup replay.

Meanwhile, the Clarets have picked up some decent results in the last few weeks, beating Leicester and Manchester United while drawing with Arsenal.

Southampton’s only major concern is James-Ward Prowse after he picked up a knee injury at Tottenham earlier in the month.

However, Saints fans will be pleased to know that Yan Valery is back in training and is in contention to start against Burnley this weekend. Meanwhile, Kyle Walker-Peters could be set for his debut on Saturday. ​Burnley, on the other hand, are still without Ashley Barnes, who is likely to miss the upcoming weeks as he recovers from a groin operation. It’s possible that Johann Berg Gudmundsson could return, but the winger will need to face a late fitness test before the game.

Phil Bardsley is also back in training, but Dyche is likely to opt for the same starting XI that secured a point against Arsenal in their last league fixture.

This fixture appears to be a particularly close content down the years, with Southampton conjuring up 20 wins against the Clarets, compared to Burnley’s 22 victories. Historically, there have also been 17 draws between the two sides. However, during their last meeting, Burnley managed a comfortable 3-0 win against Southampton back in August, featuring a brace from Barnes.

When ​Southampton were defeated 9-0 by ​Leicester back in October, it looked like Hasenhuttl would be in for a particularly tricky campaign (if he even lasted much longer in the job).

Remarkably, the Saints have managed to put that embarrassing defeat behind them, and have since produced some positive results against the likes of ​Chelsea, ​Tottenham and ​Arsenal. They even managed to get revenge on the Foxes - picking up a 2-1 win at the King Power Stadium last month. That being said, Burnley have picked up some impressive results themselves in recent times. As well as their 0-0 draw against Arsenal, they have also secured wins against both ​Manchester United and Leicester.

Both sides are currently both on 31 points in the Premier League, with goal difference the only factor separating the two teams. Here’s how they’ve performed in their last five games…

Unfortunately, this match is unlikely to contain many goals. The visitors will keep it tight at the back and do everything they can to secure their third consecutive clean sheet. 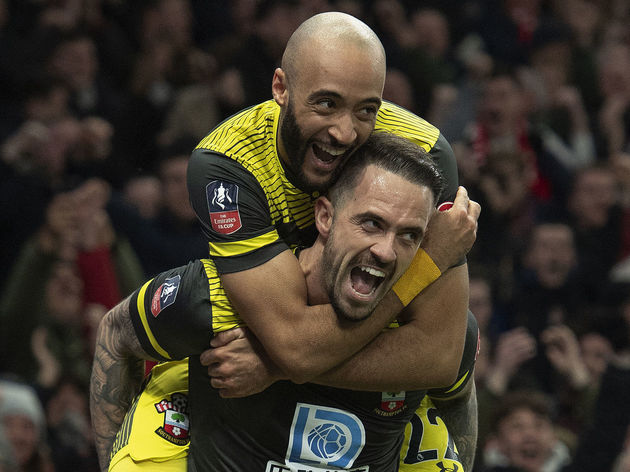 However, Southampton will be hoping to respond from their latest defeats against Spurs and ​Liverpool - and should do enough to claim the three points on offer.