Sheffield United 3-0 Burnley: Report, Ratings & Reaction as the Blades Turn on the Style

Sheffield United continued their magnificent start to life back in the Premier League with a comprehensive win over a disappointing Burnley at Bramall Lane on Saturday.

The Blades raced into a three goal half time lead after a trio of flowing counter attack moves.

Burnley were aggrieved to not receive a penalty with the score at 1-0, but VAR controversially judged the ball not to have struck the arm of Jack O'Connell. ​Sheffield United have made a superb start to the season, and went into the game having only lost once in their last five Premier League outings.

John Lundstram was on fabulous form, grabbing a brace from midfield and typifying everything that was impressive about Sheffield United's performance.
Popping up in the right place at the right time is no coincidence; Lundstram is a highly intelligent player with a goal scorer's instinct. He is such a willing runner and was tidy and efficient in possession to keep Sheffield United ticking over in possession.

John Lundstram’s first half vs. Burnley by numbers:

JOHN LUNDSTRAM. WHAT A BOY #FPL 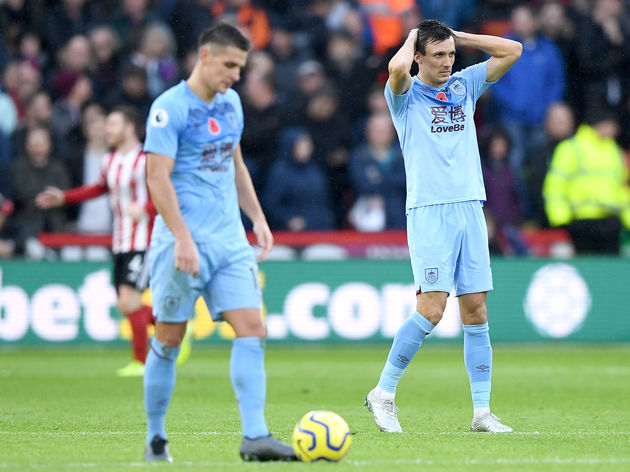 Burnley travelled to Bramall Lane sitting just one point but five places behind their hosts, demonstrating just how tight it is mid table this season.

They went into the game off the back of a tough run of fixtures, having suffered back to back defeats to Leicester and Chelsea. Sean Dyche's side is built on defensive robustness, but this was brought into question after they shipped four at home to Chelsea. Today's display will do nothing to ease their woes at the back.

Burnley are yet to win away from home this season, and although their home form is consistently solid, they will need to improve results on the road if Sean Dyche's side are to avoid sliding towards the relegation zone.

Very much slim pickings for Burnley. Nick Pope made a handful of good saves from Billy Sharp, McGoldrick and Lundstram. The Burnley keeper couldn't do anything about the three Sheffield United goals, and is one of the few Burnley players to leave Bramall Lane with any credit.

Sheffield United travel to Tottenham next weekend, which at the start of the season would have been a tricky looking fixture. But with Tottenham still struggling to find some league form and Sheffield United looking pretty irresistible right now, you wouldn't bet against the Blades leaving north London with all three points

Burnley have a welcome return to Turf Moor next Saturday, where they host West Ham. They will hope to get back to winning ways after three straight defeats, but have to tighten up defensively if they are to keep out the Hammer's front line.