​Sean Dyche claimed that he was pleased with his side's performance after Burnley battled to a 2-0 win over Wolves on Saturday - and admitted that the victory was the perfect tonic for his back pain.

The Clarets raced into an early lead in the Premier League encounter through a Conor Coady own goal after just 90 seconds of play at Turf Moor. After digging in for much of the match after the early goal to frustrate a lethargic Wolves side, Dwight McNeil sealed the win late on.

His 1st game was a 2-0 Championship win v Wolves at Turf Moor in November 2012 pic.twitter.com/P0dwJvnkbX

Dyche underwent surgery during the international break to cure a long-standing nerve problem and, after Saturday's victory, the ​Burnley boss said via the club's ​official website: "I am very pleased from a professional point of view because I've had to have a back operation in the past couple of weeks.

"I've had to have a week away and I thank my staff because they have obviously kept me at it with the training levels we expect.

"I've been trying to put it off after four months of agony, but the specialist felt he could get me back to work early and he's done that very well.

A huge win for Burnley as they score in each half to boost their push for #PL safety#BURWOL pic.twitter.com/tMoEmlzzV6

"Hopefully over the coming days I'll be back on the treadmill, but for now I'll just be happy to be back at work and enjoying days like today."

Saturday's victory over ​Wolves marked Dyche's 300th game in charge of Burnley, with the 2-0 scoreline corresponding with victory by the same margin and against the same opposition as in his first game with the Clarets in 2012.

"I'm pleased with the performance in so many ways," Dyche added.

Another big day in the young life of ⁦@dwight_mcneil99⁩ - and still time to make a young fan’s day  pic.twitter.com/oaZaEESzqK

"Obviously the result is more important, especially today after losing four games, but we did all the basics and all of the ugly stuff really well today.

"You can lose four in a row and that makes a story, and I understand that, but people soon forget we've taken 21 points in 13 games since Christmas. 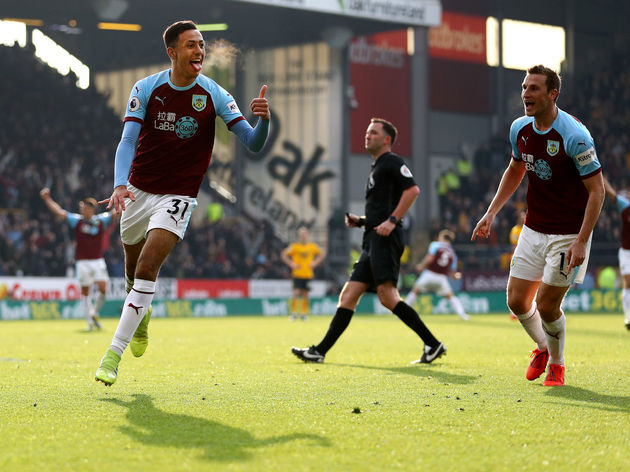 "That is a really healthy return and not many teams across the Premier League have done that."