Burnley manager Sean Dyche praised his side's 'calmness' after they fought back from a goal down to beat Huddersfield 2-1 at the John Smith's Stadium.

The Clarets went 1-0 down thanks to Steve Mounie's first goal of the season, but quickly responded with an equaliser from Chris Wood. Not long after, Huddersfield had a man sent off with Christopher Schindler picking up two yellows before half-time.

The game was ultimately settled by an Ashley Barnes finish which saw ​Burnley claim a 2-1 win despite having Robbie Brady sent off late on.

Speaking to ​Sky Sports after the game, Dyche pointed out how composed his team were despite going down early on.

REACTION | "We've got to do that again, we've got to build momentum..."

And despite the game having it's heated moments, Dyche had no complaints with the red card issued to Robbie Brady by referee Mike Dean. 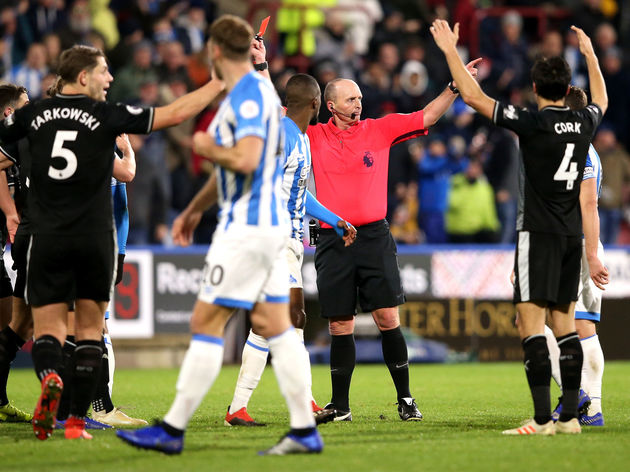 "That's the worst part about it, really, it's a loose challenge, no doubt - not a nasty one, Robbie's not like that. It's just loose, and the referee has no choice," he added.

"That is one of them, the only blot on it, we've been struggling to get numbers back, and we're just getting some back, including him, and then we get him banned. That's the way it goes. Saturday was another chance to play, and he would have played, definitely, but what's done is done."