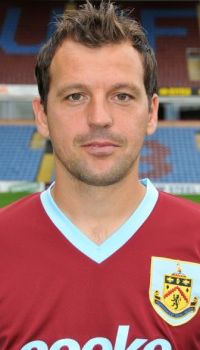 Blake left Burnley for Bolton two years ago and one of the reasons behind the move was the fact that he didn't think he'd get enough games at Burnley with Brian Laws in charge.

He made three starts in his first season, these coming in the Carling Cup against Southampton and Burnley and in their FA Cup tie against York City. His other nine appearances, including nine in the Premier League, were all via the bench.

That earned him a second season at the Reebok but his appearances have been much rarer in the last season as they fought, unsuccessfully, against relegation. His only Premier League appearance was as a late substitute on the opening day of the season against Queens Park Rangers and his only start was in the Carling Cup as they beat Macclesfield.

Now 36, it is likely that his playing career could be at an end, and a sad end it is for a player who was rightly such a massive crowd favourite in his two spells at Turf Moor during which he made over 280 appearances scoring 72 goals including some very special goals.