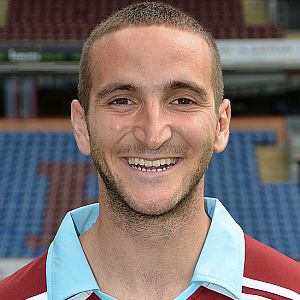 The first of the games will be played in the Lokomotiv Stadium in Moscow on Friday 7th September with the Luxembourg game back home at Windsor Park, Belfast on the following Tuesday.

Paterson is the only Burnley player in Michael O'Neill's squad but both Michael Duff and Danny Lafferty have been placed on standby.

Some of our youth players have also been called up. Luke Gallagher is in the Republic of Ireland squad for an under-19 friendly against Latvia on Saturday 8th September.

And finally, both Conor Mitchell and Cameron Dummigan, two of our new scholars, are in the Northern Ireland under-17 squad. They have already travelled to Poland to play in a tournament.

They'll both be hoping to be in the squad when they play England, Estonia and Wales in the UEFA Under-17 qualifying round in October with all the games being played in Estonia.