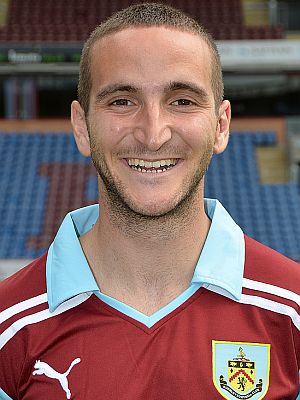 The only link we have with the squad is the inclusion of former player Kyle Lafferty but there is no place for either Michael Duff or Danny Lafferty, and the squad does not include Martin Paterson who withdrew from squads in September and October because of his ongoing fitness issues.

This time he wasn't even included, but he's a player very much wanted by O'Neill although the ball is now very much in Paterson's court as to when he will be selected again at international level.

O'Neill said yesterday: "I think Martin faced a difficult decision ahead of the Portugal game and he made that decision. The conversation we had with Martin last time was that he was not available and that he would come back to me when he was."

He added: "I would like Martin to be available and I've selected him every time he has been. I still think he could be a very important player for us but he is wary because of his injury problems and I understand his reasons.

"I appreciate it from a professional point of view. I have to respect that but I want this squad as strong as possible and I would like to have him."

Paterson has won 14 caps for Northern Ireland but only two of those have come in the last two years, one in February this year and more recently in August when he scored his first international goal, converting a penalty in a 3-3 friendly draw against Finland.

For Burnley this season, he's featured in every league game apart from the first two away games of the season at Middlesbrough and Huddersfield.