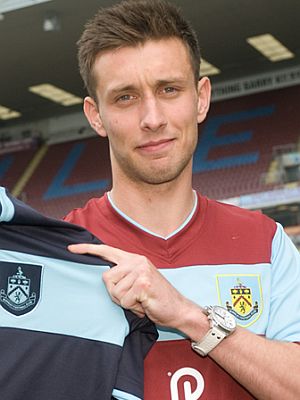 O'Neill spent much of the first half of the season on loan at York, returning in early January having played 15 league games for them.

Ten days ago he signed for Southend on a one month emergency loan and went straight into their team for the home game against Chesterfield on the following day. He played almost to half time before being forced off with an injury but had done enough to impress manager Phil Brown.

Brown wants O'Neill to remain with the League Two promotion chasers who currently occupy the last play-off place, and said today: "Luke did well in the game he played before getting injured and we're talking to Burnley about trying to keep him with us until the end of the season."

"He won't be available for the game tomorrow night (at Dagenham & Redbridge) but with a bit of luck he will be for Friday's game with Newport."

O'Neill joined us from Mansfield in the summer of 2012 on a two year contract and will be hoping for the opportunity to get some first team football again during the second half of the season as he tries to impress enough to win another deal at Turf Moor.