One off ClaretsTeam Shirt sponsor swap

Burnley Football Club have announced that official shirt sponsor Oak Furniture Land, have allocated their shirt sponsorship space for Saturday's Clarets v Leeds United SKY televised match. It will be replaced for the day with "The Burnley FC in the Community" official logo. 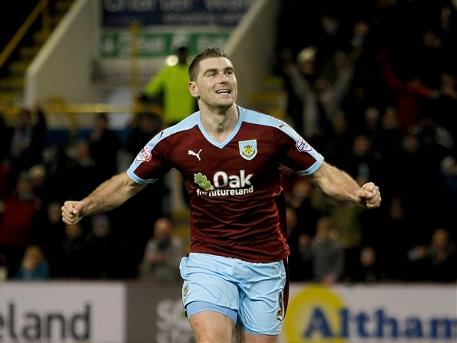 The remarkable act of charity will feature as part of Saturday's ‘Community Day’. Clarets Mad have previously reported on the annual celebration of Burnley FC’s highly regarded official charity. The "Community Day" raises awareness and also helps to generate the funds necessary to support the work of Burnley FC in the Community.

The main sponsor of the event Oak Furniture Land, who lay claim to the title of the United Kingdom's largest retailer of solid wood furniture, are promoting their brand to enhance the day’s activities.

The agreed one-off logo swap will see Burnley’s first team players sporting "Burnley FC in the Community" branding on their shirts. The game against Leeds is already one of the most highly publicised games of the season. The media attention will certainly help to promote the charity to a national audience.

The SKY Bet Championship promotion battle has heated up to a whole new level, a large attendance is anticipated and the fixture will also be televised live on Sky Sports, as previously advised on Clarets Mad.

Oak Furniture Land founder and owner Jason Bannister reasoned, “Burnley FC is the club I have supported since being a small boy and the town where I grew up."

“The same as most Burnley fans I am proud to be a product of this great community club and I am grateful to offer a small gesture to the community that has given me so much over the years”.

Jason went on to say, “As someone who has reason to spend time in lots of other towns across the UK, I can honestly say that this town is unique with its passion for the football club!"

“It never ceases to amaze me how the club is the common denominator between people of all ages and backgrounds."

Jason added, “Wherever I go in the world I bump into our mad keen supporters and I firmly believe this unconditional love for Burnley FC is more than just football, it's ingrained in the DNA of the locals more so than any place I know".

I would be careful with that quote Jason, it might just provide ammunition for the "Clarets are Dingles, with six fingers brigade". (TEC)

Jason said, “Burnley FC in the Community are working incredibly hard to further improve on this amazing and unique link between club and community and I could not think of an organisation I would rather work with.”

“The more the fans get involved with Burnley FC in the Community the better it is for the club and town as a whole.

“I know everyone in the town will get behind at this important and exciting time.

“Just as importantly, I hope the fans will get behind Burnley FC in the Community with the same amount of passion as the they do the team this Saturday and for a long time afterwards”.

Neil Hart, the Chief Executive of Burnley FC in the Community added, “The support that Jason and the team at Oak Furniture Land have shown to our Community Day efforts is truly extraordinary.

“We’re working hard every day to make real, positive changes to people’s lives in our region and for Oak Furniture Land to offer this unprecedented platform to showcase our work is almost unheard of from a football club’s main sponsor.

“With this gesture, Jason – a born and bred Claret himself - has really demonstrated the value he places on community and his belief, which mirrors ours, that it is the very heartbeat of our club.”

Community Day will be celebrated on Saturday against the Tykes. If any Clarets Madders would like to make a donation to support the work of Burnley FC in the Community, text ‘BFCC16 £1’ to 70070.