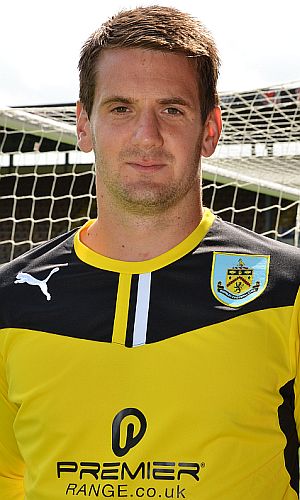 Tom arrived last summer as we rebuilt our pool of goalkeepers and played in every league game last season, missing out on just the cup game against Preston after he had been ridiculously sent off at Brighton.

He'd signed a two year deal with an option for a third year but nothing was ever confirmed as to whether player or club held the key to the option year.

He went on to keep an amazing 19 clean sheets in a promotion team having conceded a lot of goals in the previous season as Bristol City suffered relegation. His form last season has seen him rated the best Burnley goalkeeper in many years.

Yesterday Ben Mee was added to the group and now Heaton will be with us until the end of the 2016/17 season and he is delighted with that and looking forward to playing in the Premier League.

"It was certainly the ambition when I signed here only 12 months ago and obviously it was a fantastic season," he said. "It's great to be part of it and I'm looking forward to hopefully being a big part of it going forward.

"We will set our stall out again and the aim is to stay in the Premier League and then kick on from there.

“I think I’m the eternal optimism but you never know what you can achieve and I think I’ve been in the game long enough to know what is around the corner if you do things properly.

“If you do that as individuals and a collective then you give yourself a great chance and that will certainly be the motto from me again. I feel that personally I have got more to come and I’m really excited to show that here.”

He added: “We’re certainly confident and we have got the same belief that we had last year. We’ll go about it with same mentality and the same philosophy and if we do that we’re going to give ourselves a great chance.

“People will write us off but we’ll just try and go about our business the way we did last year and hopefully that will stand us in good stead.

“When I left Manchester United a few years ago the aim was to get back to the Premier League and be playing. That aim has certainly not changed for me and to do it is obviously great, but now it is down to business and giving a real good go of it.”

Burnley fans were delighted with the news yesterday of Ben Mee's new contract and will certainly be equally delighted with this news on Tom Heaton as we look forward to our return to the Premier League.