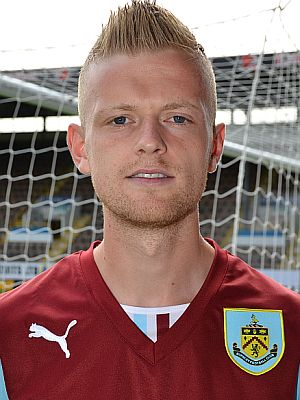 The former has proved to be correct. Noble has now left Burnley and signed for Gateshead until the end of the season and has gone straight into their squad for the home game against Aldershot tomorrow.

Gateshead boss Gary Mills, previously manager of York, said: "Noble is a goalscorer and a good player. He can play down the middle or out wide and will be suited to the way we play. His hold up play and movement are good and he's an excellent signing for the club.

"It is the perfect time for him and us that he has come to Gateshead. He is an exciting player who can now settle down and play regular football at a good level. Competition is always healthy and I need that in other areas. Noble can score goals in the Conference and I'm looking forward to him making a big impression."

Noble joined Burnley from Sunderland and he'd also had loans with Derby and Hartlepool.