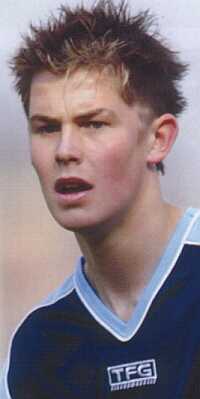 Again he got it wrong and it is something both Richard and Burnley have put to bed very quickly. Chappy said yesterday: "I am still a Saints player and it's somewhere I want to stay for a long time."

Today, Clarets' boss Eddie Howe has confirmed that Chaplow is not one of his summer targets but it does look as though Bristol City's Brett Pitman, a player Howe worked with at Bournemouth, could be a potential replacement for Jay Rodriguez.

Burnley tried to bring Pitman in during the last transfer window in January when it became clear that Sam Vokes would not be able to stay, and he's very much one of the names at the top of Howe's shopping list.

Vokes, too, could again be a target. He spent the second half of last season on loan at Brighton and intimated that he'd like to make the move a permanent one. Suggestions are that Brighton won't be pursuing Vokes this summer.

Jay Rod meanwhile is on holiday but his advisors have been speaking to Southampton. It is not certain he'll join the south coast club with other Premier League clubs currently keeping a close eye on the situation. It does look inevitable, however, that he's played his last game for Burnley.