No more Chimes for Harley 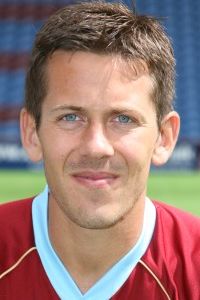 Guess what? It's crisis time at Fratton Park again. The administrators PFK have confirmed that senior players will be leaving as they need, once more, to reduce the wage bill.

One of those players going is Harley. The player confirmed it himself on Twitter that he will leave a week today at the end of his current short term deal. Portsmouth have already moved to fill the gap by recalling 18-year-old left back Dan Butler from a loan at local club Havant & Waterlooville.

Harley, who spent three seasons at Burnley before being released at the end of the 2007/08 season, went on to play for Watford, Notts County and Rotherham before joining Pompey in the summer.

He's gone on to make 23 league appearances for them but Saturday's League One visit to Scunthorpe will be his last before leaving as part of their latest cost cutting measures.