New deal on the way for the Beast 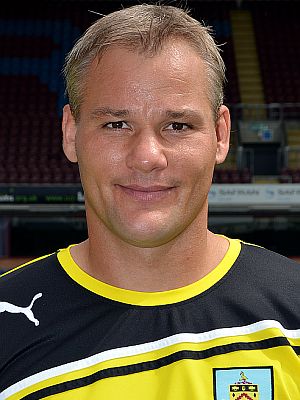 Jensen was signed by Stan Ternent in the summer of 2003, coming in to replace the pairing of Marlon Beresford and Nik Michopoulos who had ended the previous season in calamitous form.

He was an ever present during that season as we fought relegation, and this despite Ternent brining in two loan goalkeepers during the season, Paul Rachubka and Nathan Abbey.

Since, Jensen has had to fight off competition from Danny Coyne, Gabor Kiraly, Diego Penny (although there wasn't much competition there) and Lee Grant, and until this season he'd done that successfully with all of Steve Cotterill, Owen Coyle and Brian Laws giving him new contracts.

This season has proved a difficult one for him. He started it out of the team, got back in but then suffered an injury that kept him out until January. He returned via the bench at Middlesbrough in January and has been there for every subsequent game.

It looked as though, after nine years, he'd be moving on this summer with his contract expiring, and, given that Howe had recently promoted Grant as the type of goalkeeper he wanted, it is surprise news.

Should he sign it, and enjoy a tenth year at Burnley it will presumably land him a testimonial, the first since Graham Branch who was surprisingly awarded one after just eight and a half years with the Clarets.