New deal for made up Arfield 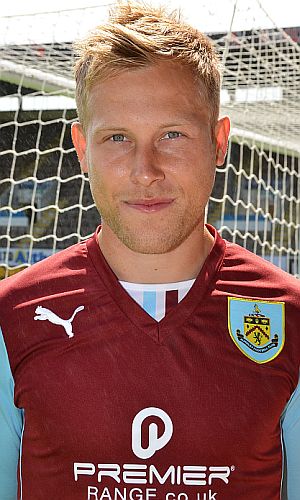 It's been something of a massive turnaround for Scott who just twelve months ago was preparing to go to Ireland with Burnley in pre-season, hopeful of winning a contract having been released by Huddersfield at the end of the 2012/13 season.

He did enough to earn himself a two-year deal although I'm not sure Sean Dyche envisaged he'd be a regular first team player, but circumstances changed. He got a cameo appearance against Yeovil when both he and Keith Treacy did well and then he benefited from the injury to Ross Wallace and the disappointing start to the season from Junior Stanislas.

Once in the team he never lost his place and he scored some vital goals too. One Burnley fan said to me that we'd got ourselves a goalscoring midfield player for free from Huddersfield whilst they'd got a non goalscoring striker from us.

He scored the winning goal at Ipswich and at home to both Blackpool and Leeds and also got the vital late equaliser at Watford. He grabbed eight goals in the league in a team that coasted to the Premier League.

With just one year remaining on his contract there was firm belief that he would be signing an extension to it. Dyche recently all but confirmed that they were looking to keep him at Burnley longer and that's happened today with a deal until the end of the 2016/17 season.

"I am delighted to have extended my deal with the club as this is where I want to be playing my football under this management," Arfield said today.

"We had a great year last season and this isa club that is going in the right direction so I'm made up to be part of that.

"I felt like I was getting back to my best last season and a massive factor behind that was because I was enjoying my football and I felt I could go out and express myself.

"We've got a great bunch of lads and there is a real togetherness in the squad, with everyone pulling in the same direction. Obviously it's going to be a tough season but if we stick together and work as hard as we did last year then I think we can have a successful season."