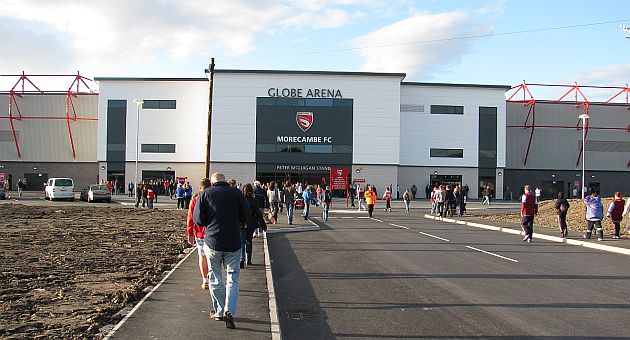 The game, confirmed by Morecambe yesterday, will be played on Tuesday 9th July with a 7:45 p.m. kick off. It comes before the already confirmed games at Cork (Monday 15th July) and Sparta Rotterdam (Saturday 27th July).

This will be our second visit to Morecambe's Globe Arena; the other having been almost three years earlier for the 1st round tie in the Carling Cup which was won 3-1. Our last friendly against the Shrimps came in 2009 when we won 3-1.

It is expected there will be at least one other away game in the North West for the first team in pre-season and potentially a further home game to come for Brian Jensen's testimonial, and that is likely to be on Saturday 20th July against Premier League opposition.

All the pre-season fixtures, when confirmed, will be listed on the Friendlies/Key Dates page which can be found in the Clarets Latest drop down menu.