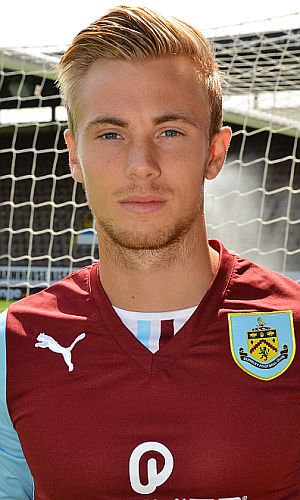 Mills was signed in the summer of 2012 on a season long loan but there was a commitment from Burnley to offer him a further two year deal once the loan was completed. He started last season in the first team but was left out by then manager Eddie Howe after a defeat at Leicester and made only three starts after that for the first team.

So most supporters were surprised when the extra two years was confirmed with Mills looking to be very much out of the picture. That's been confirmed since the start of the season. He was involved during the pre-season but has not figured in the squad since the league programme got underway and has been playing for the development squad.

The loan to Oldham has been reported as a 28-day loan only with Burnley boss Sean Dyche saying: "We feel that Joe needs some games. Danny Lafferty is in control of the shirt at the minute and with Ben Mee coming back it gives us another option.

"We've got to have players who are fit and ready to come into the side if needs be but with three left backs we felt Joe was one that could go out. It is a similar thing to the Marvin Bartley situation as he'd been injured in pre-season, he needs the games and we're well stocked for midfielders.

"There are a number of reasons for it but the main one is get Joseph properly fit with first team games at League One level so he's available for us."

Mills, who is expected to make his debut alongside the returning Danny Philliskirk, who also signed for Oldham today, admitted it had all happened quickly. "The main objective is to play games and to impress.

"I spoke to the manager (Lee Johnson) yesterday and today and he sold the club to me. I cannot wait to get started."