Miller is Easter ref at Doncaster 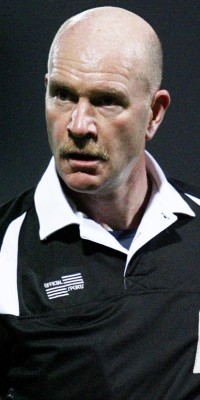 On a night that was easy for the Clarets against a very poor Ipswich side it is fair to say we encountered no problems from the now 52-year-old Miller, but that hasn't always been the case.

There are some awful Miller performances that can be easily recalled with the worst probably being the games at QPR (2004/05) and Barnsley (2008/09) and the home game against Reading last season. I'd suggest the Barnsley game was the worst of them all when his decisions were massively crucial to the result.

It won't be the first time he's refereed us at Easter and the last time, five years ago, was when he was probably the most appropriate referee we could have had. That was on 7th April 2007 when he refereed our 1-0 win at Birmingham on the day that former Burnley legend Brian Miller passed away.

The last of his three cards was that of Neil Danns (Leicester) last month in their 2-1 home win against Hull. It was Miller's last game at Championship level.

Since, he's refereed two games, the last of which was on Tuesday last week when he refereed Brentford's 2-0 League One home win against Oldham Athletic. There were four players yellow carded in that game, Harlee Dean of Brentford and Oldham's Robbie Simpson, Filipe Morais and Dean Furman.