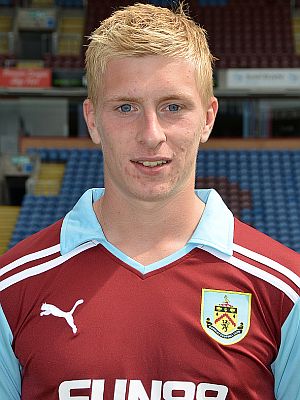 Mee was again the man of the match winner, but by a close call had to settle for second place in the player ratings.

Three players won 20% or more of the man of the match vote to take the top three places. Mee came out on top with 22.8% of the vote with fellow central defender Michael Duff just behind with a 21.4% share.

Midfielder Dean Marney, like Mee on top form since coming back into the team recently, took third place with exactly 20% of the vote.

Again Marney was in third place with  rating of 7.21 out of 10. Duff, who was in second place in the man of the match vote, had to settle for fourth place.

The two results mean Mee won another five points towards the Clarets Mad Player of the Year. There were also three points for Rodriguez and two each for Duff and Marney.

Rodriguez, in third place, is now just one point behind second place Kieran Trippier and within seven points of leader Marvin Bartley. Both Marney and Mee continue to climb the table. Marney is now sixth with his recent points taking him ahead of David Edgar.

Mee has moved alongside Chris McCann into tenth place while Duff remains in thirteenth place in the table.

The result from the Derby game is below along with the current player of the year table.