McKee returns to Scotland with Morton 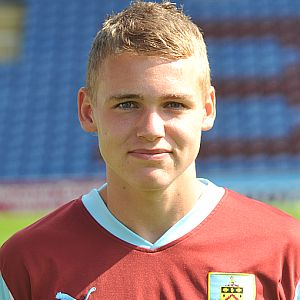 Burnley signed him from Livingston, for whom he had already made a first team debut, and he spent two years under Terry Pashley in the youth team before earning his first professional deal.

He was released at the end of last season and was quickly snapped up by Bolton boss Owen Coyle and it is Coyle's recommendations that have persuaded Morton boss Allan Moore to sign him for the Cappilow Park club.

Coyle and Moore were team mates at Dumbarton at the start of their playing careers and it was Moore that Coyle entrusted with Jay Rodriguez back in 2009 when he was then manager of Stirling Albion.

McKee didn't play any first team football and the 20-year-old midfielder said, on signing, that he's looking to kick start his career that, apart from his early appearance for Livingston, saw him make two substitute appearances for St. Mirren in 2011.