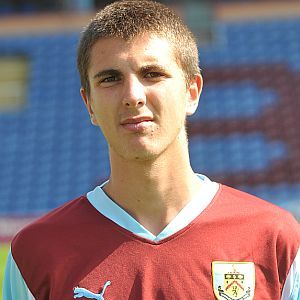 Nantwich played out a 0-0 draw at Marine last night but the transfer, scheduled for yesterday, didn't go through in time but the paperwork will go through today and he will be available for their home game against Worksop Town on Saturday.

Manager Jimmy Quinn, the former Reading, Swindon and Bournemouth boss, was delighted to add the young Clarets' midfielder to this squad.

He said: “It’s great to bring David in, he’s a good lad with a great attitude and he’s decent on the ball. We’ve got some lads who are good at winning the ball in midfield but we’ve been lacking somebody who can put a foot on it and pass it.”

He added: “He’s a young lad and we’re not expecting miracles but he’s played at a higher level which can only help us."

For Lynch, this is a third loan this season having previously been with Droylsden and Stalybridge Celtic.