Lynch set for move to Southport 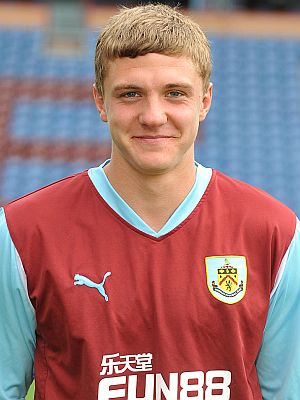 Lynch was the youth team captain in the 2008/09 season and then spent two years as a professional with the club. His professional career was somewhat halted by a cruciate ligament injury sustained playing for Chester in 2009, ruling him out for the rest of the season.

He returned to action for the 2010/11 season but was released in May 2011 before spending last season with Stalybridge Celtic. Chris was a regular first team player at Stalybridge last season, playing in a total of 43 games in a season that saw them finish sixth in the Blue Square North, missing out on the play offs by just one point.

However, he's been training with Southport this pre-season and sources there suggest he's very likely to get a deal after impressing manager Liam Watson.

Watson said: "Chris Lynch has done really, really well in the two games. I tried to sign him last summer but he went to Accrington Stanley and the offer of full time football and we signed Andy Owens instead.

"Accrington only kept Chris for six weeks and then he went to Stalybridge Celtic.  But he's with us now and he has certainly done himself no harm towards winning a contract with us."