Liversedge on trial at Bury 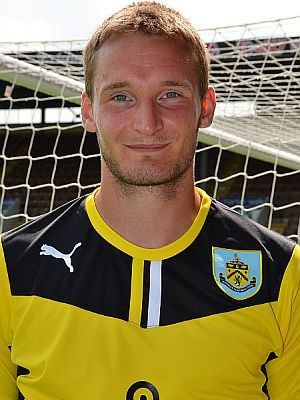 The goalkeeper, who made it as far as the first team bench on a couple of occasions last season, has been training with Bury and was an unused substitute in their friendly last Friday against Sheffield Wednesday and will now be hoping to be given another opportunity when they face Blackburn tomorrow.

Salford are now owned by the 'Class of 92' and there is some good news for a couple of our players of the 'Class of 09'. Our youth team that season went on an amazing unbeaten run and it was only a crazy backlog of games at the end of the season that prevented them adding more trophies to the one they won by finishing top of the Central League, the reserve league.

Midfielder Alex-Ray Harvey had a difficult season with Barrow last time out, mainly caused by a series of injuries, but he's fit again and has signed with the Furness club for another season.

Central defender Chris Lynch has had a torrid time. He suffered an anterior cruciate ligament injury whilst still at Burnley as a young professional in the 2009/10 season. He was released in 2011 and two years ago signed for Southport.

Another similar injury followed and he missed the entire 2013/14 season. This week Southport have sent him out on loan to Burscough as part of his rehabilitation to gain some match time and fitness.